Marriage is a once in a lifetime affair. A lot of aspirations, family bodings, emotions, affections, and many more things together make a marriage. But, not everyone has a high hand at marriage.

Some find it a miserable affair in life. But life has to move on; one cannot get stuck in life. There has to be a way out, and that way is a second marriage. Improper care and hasty decisions could as well do their part in proving it out to be a horrific experience.

This would further lead to phobias about marriage in life. Destiny gives the second option, which is nothing but second marriage.  This will help to correct the wrong choice of picking up an evil life partner.

It is better to stay away from it rather than indulge in sin like this. In the first case, it is very much advisable to carefully study the horoscopes and find amicable solutions to correct the fault in the kundalini’s (horoscopes).

As prevention is better than cure, this would be a smart move. If the partner is unfaithful that also allows looking out for a second marriage, continuing it would be no less than suicidal act.

Avoid Second Marriage By Astrology, Astrology can undoubtedly save a marriage from becoming a failure. Few signs and stars can predict the mere failure of a marriage. The first sign is the Lord in the 7th house happens to be a dual sign like Virgo, Pisces, Gemini, and Sagittarius.

This is a clear indication that a second marriage is on the cards. The second condition is that if the 7th house falls in an evil sign or it occupies a depressing sign. Even if it is a case of regression or malefic combination in the 7th house, then it will create room for a second marriage.

7th house staging Rahu opens up all possibilities for a second marriage. If the lord from 7th house forms ascendant or Moon comes in a dual sign conjoining with Venus in line with birth and navmansha chart makes it a possibility for second marriage.

Lord when comes in the 7th house and if he is placed with  6th,8th or 12th house and evil planets like Saturn, Mars or Rahu occupy the 7th house,  added with a weak Venus in combination with a natural benefice planet all points towards the possibility for second marriage. The last possibility is Jupiter in Retrograde placed with the Mars in 7th position, and one of them is in debilitation implies a second marriage.

Timing of Second Marriage In Vedic Astrology, Second Marriage is more prevalent these days. It is sooner going to become a more common thing in the future. The said number of divorces and separations are increasing in our societies at an alarming rate. India is a diversified culture with an amalgamation of different ethnic groups.

So the condition of 2nd house Maharashtra or the Antardasha 9th house is important for a marriage. Both Rashi chart as well as in Navamsa chart has these features in prominent positions. 8th house Lords dasha.

Few people also advise the use of the 11th house. The 11th house also gives the right time for the second marriage. But the general practice is people rely on 2nd house.

Second Marriage Prediction By Date of Birth, Date of birth is something that comes naturally. A person cannot control his date of birth. For this reason, the day with which we come into this world will decide our entire future. Date of birth lets a person know whether he is Manglik or not. Just like this, it will also predict other Doshas in life.

The date of birth governs the planetary positions. Date of birth can help decide on what the right time to go for second marriage is and how to appease the stars in the horoscope to have mercy on married life. However, these predictions are not fooled proof.

Undoubtedly, marriages are made in heaven, but the matching part is done on the earth. Matching kundalis based on the date of birth helps gauge compatibility with the partner. It opens the windows of opportunities that ensure that love life flourishes for a long time to come.

If this fails because of a mismatch, there is always a second marriage to topple the situation. Second Marriage prediction by date of birth is the easy way to know the right timing because horoscopes matched with right timing will always result in a holy and a perfect union. 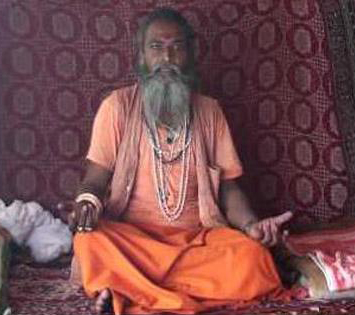